LAKESIDE - Jasper Wyman & Son won its 5th Brian McGuire Memorial Golf
Tournament (The Onion) title on Saturday, August 7, but by the narrowest of
margins.  Wyman’s, captained by Terry Kelly, posted a 58 low net, tied with a rookie Atlantic Shellfish #2 squad captained by Jim Day. The tie was broken by retrogression
with Wyman’s posting a 28 on the back nine, compared to 29 for Atlantic Shellfish. It was the first time in the tourney’s history there was a tie at the top. The 13th annual event raised more than $50,000 for hospice and palliative care across P.E.I. On hand Saturday were Nancymarie Arsenault, executive director of Hospice P.E.I., and Dr. Mireille Lecours, director of the provincial palliative care centre and honorary tourney chairperson. Other members of the winning team, supported by the local wild blueberry company, included Joe Dunphy, Joe MacDonald and Stephen (Lefty) Dunn. All are members at the Links at Crowbush Cove, host of the 13th annual charity event. Other members of the Belvedere-based runner-up team were Kenny Innis, Ryan Innis and C.J. Keliher. This year’s fundraiser pushes the 13-year total to over $490,000, split evenly between hospice and palliative care. Only three other teams have won the Onion title — Team USA 3, APM 3 and The Mount. Organizers had targeted $500,000 as its fundraising goal and the host Onion committee has announced that the 14th and final Onion will take place on Sunday,
July 31, 2022.
The Onion committee held a fundraiser and other events in 2020 but without the
golf tournament because of Covid restrictions. “It will be our first Sunday tourney,” said host co-ordinator Bill McGuire. “Rodd’s Crowbush Resort is booked with weddings every Saturday next summer because of Covid postponements the past two years so we have to switch to Sunday in order to hold a final wrap-up banquet. “But the next day is the August 1 civic holiday so it will give teams, organizers, volunteers and travelers an extra day off.” McGuire said that due to Covid protocols, there was no banquet this year and the tournament itself was held under a Covid operational plan approved by the
province’s chief public health office. Covid travel restrictions prevented a number of regular teams from taking part but the host committee tapped into a waiting list and a full field of 36 teams and 144 golfers teed off Saturday morning under warm, sunny skies. Saturday’s Onion boasted its first all-female team of golfers which included Karen Rowell, Jill Ellis, Kathie Gallant and Joanne MacDonald. “We hope to end our 14-year run on a positive note next year with a full tournament, all the usual supporting events and a final banquet to recognize our many supporters over the years,” said McGuire.

​A complete list of teams and results can be found here.

A list of winners from draws and events during the 13th annual Onion held August
7th at the Links at Crowbush Cove:

E-transfer payments will be gratefully accepted (on-line or in person at your banking institution) via: theoniongolf@gmail.com

Those donations go directly into the Onion’s Morell Credit Union account which is set up for auto-deposit, meaning that when anyone sends an e-transfer to that email, it will automatically go into the Onion account at Morell CU, without people having to submit a security question. This will make it easier and more convenient for everyone. Donors can email that same address, theoniongolf@gmail.com, with their mailing address so they can receive their full tax deductible receipt from Hospice care.

By cheque payable to: 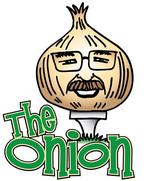 Thank You!  The Onion raises $54,250 for hospice and palliative care!

A complete list of teams and results can be found here.